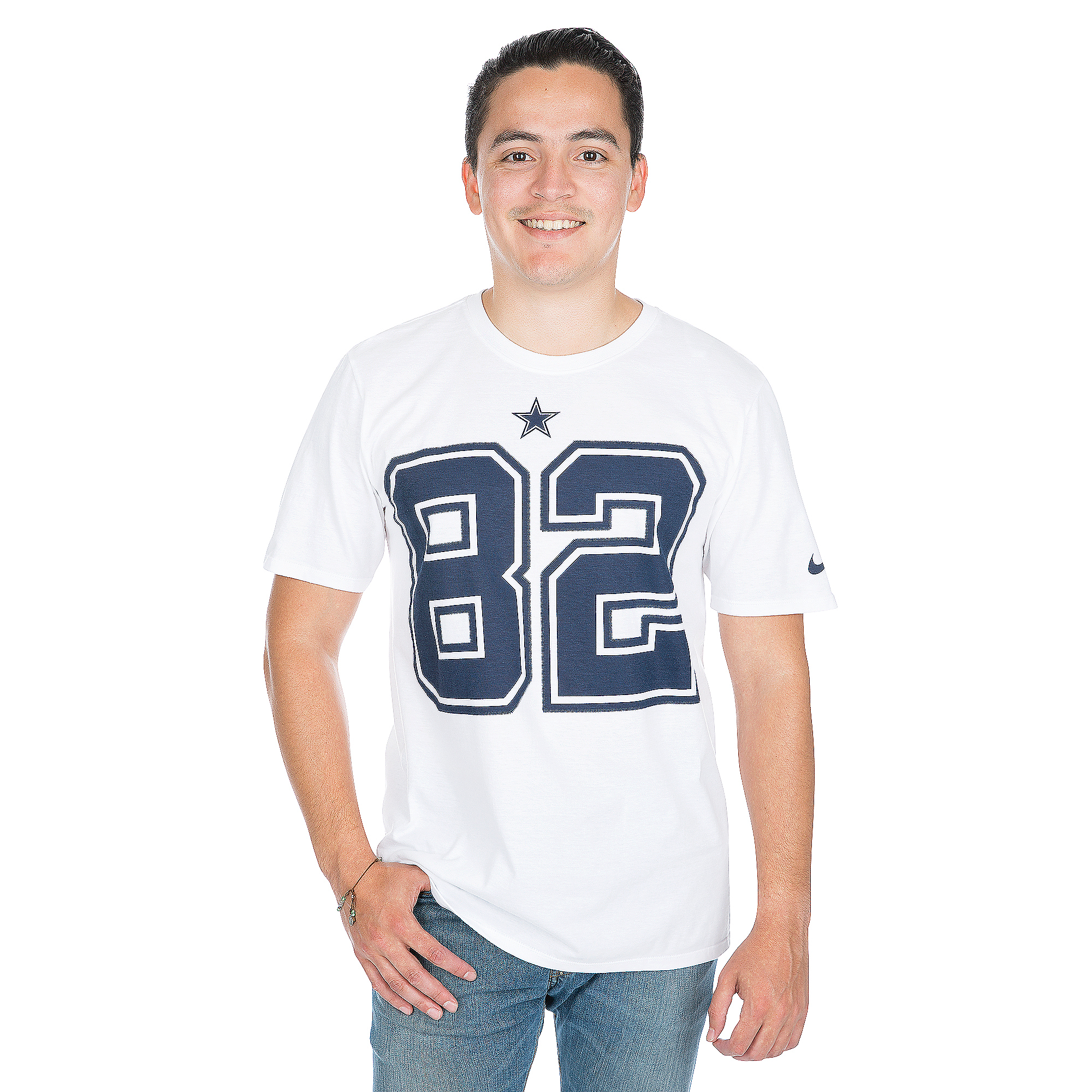 It is pride that turns insecurity into confidence, apathy into persistence, and failure into success. Pride is about growth – it represents faith and dedication. It’s about knowing how far one has come and the belief it took to get them there.

Jason Witten is highly regarded as one of the best tight ends in the NFL, but such an esteemed reputation didn’t come without hard work and belief in himself. There’s a diligence to his style, and a fire in his eyes like no other.

Jason Witten never quits. He steps up, pushes forward, and makes the play. If there’s too much in his way, he’ll force a path toward success. That’s what champions do.

So when you need some motivation, that encouragement to keep going forward, put on the Dallas Cowboys Jason Witten #82 Nike XC2 Color Rush Player Pride Tee. Sure to give you a true sense of pride, this short sleeve shirt prominently features the name and number of your favorite player.