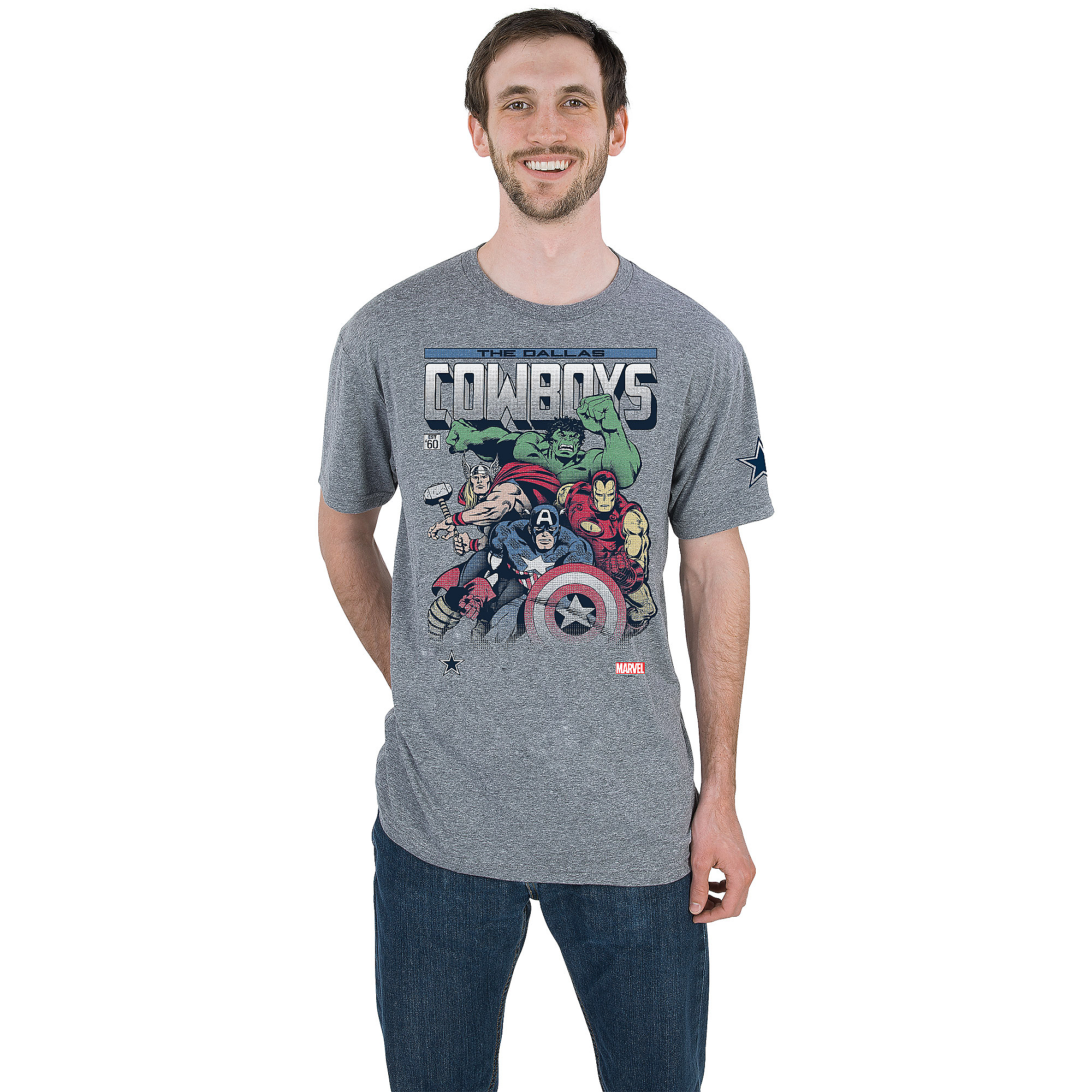 MOUSE OVER TO ZOOM
Home Marvel

Marvel Entertainment, LLC, a global character-based entertainment licensing company, and the Dallas Cowboys on July 5, 2011 announced a collaboration that joined renowned Super Heroes from the Marvel Universe with one of the premier franchises in National Football League (NFL) history.

The Official Shop of the Dallas Cowboys is proud to present Marvel apparel for Cowboys fans everywhere.