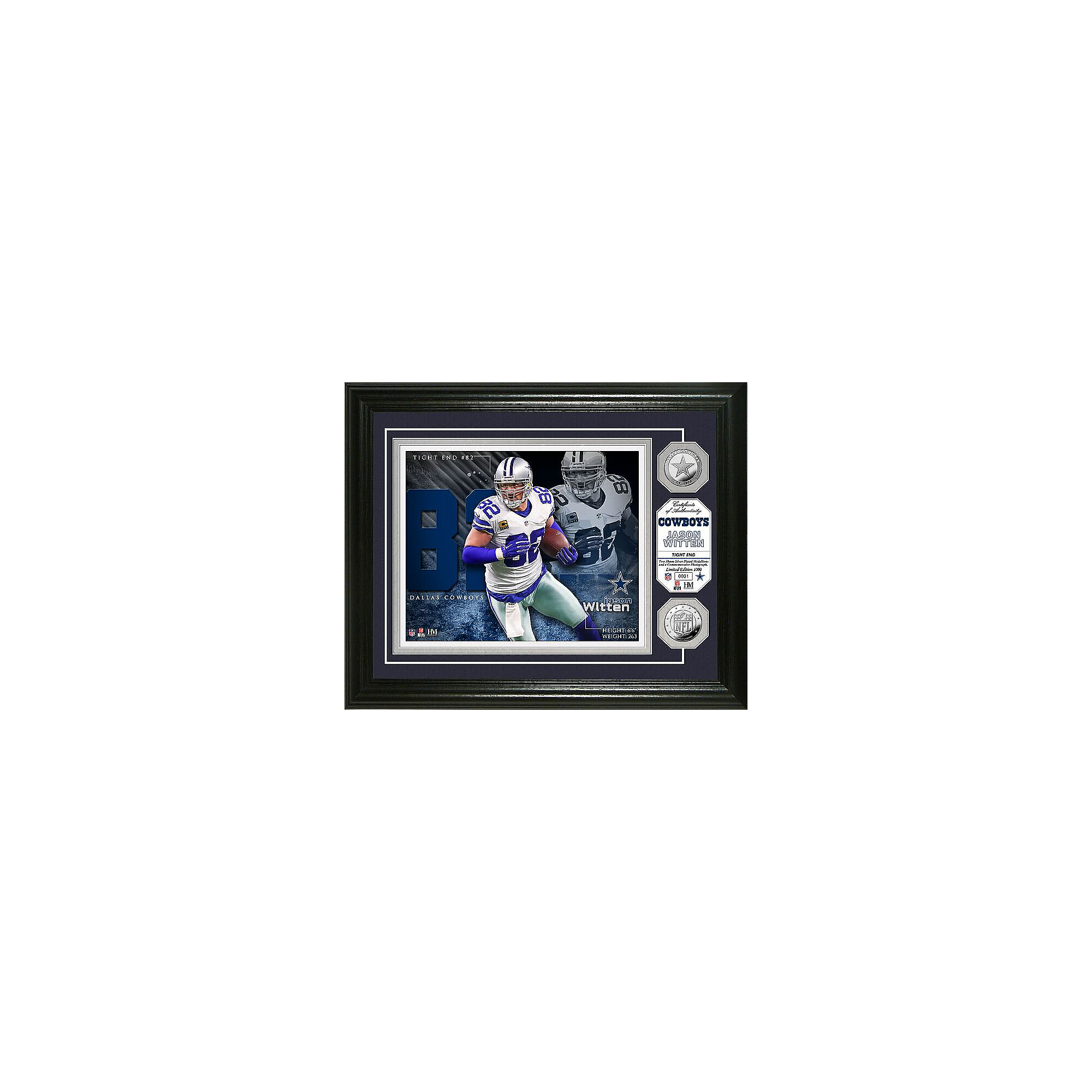 Jason Witten was a dominant force for the team and a class act on and off the field. As a long-time member of the team, he retired as one of the best tight ends in the game, with the second all-time record of receptions and receiving yards by a tight end in the NFL. Now if that doesn't get you excited, we don't know what will.

Capture that excitement with the Dallas Cowboys Jason Witten Photo Mint Frame. A photo of Jason in action will liven up your office or fan room. This photo features a 39mm silver plate commemorative coin and 39mm silver plate NFL coin in a triple matted 13 x 16 frame.