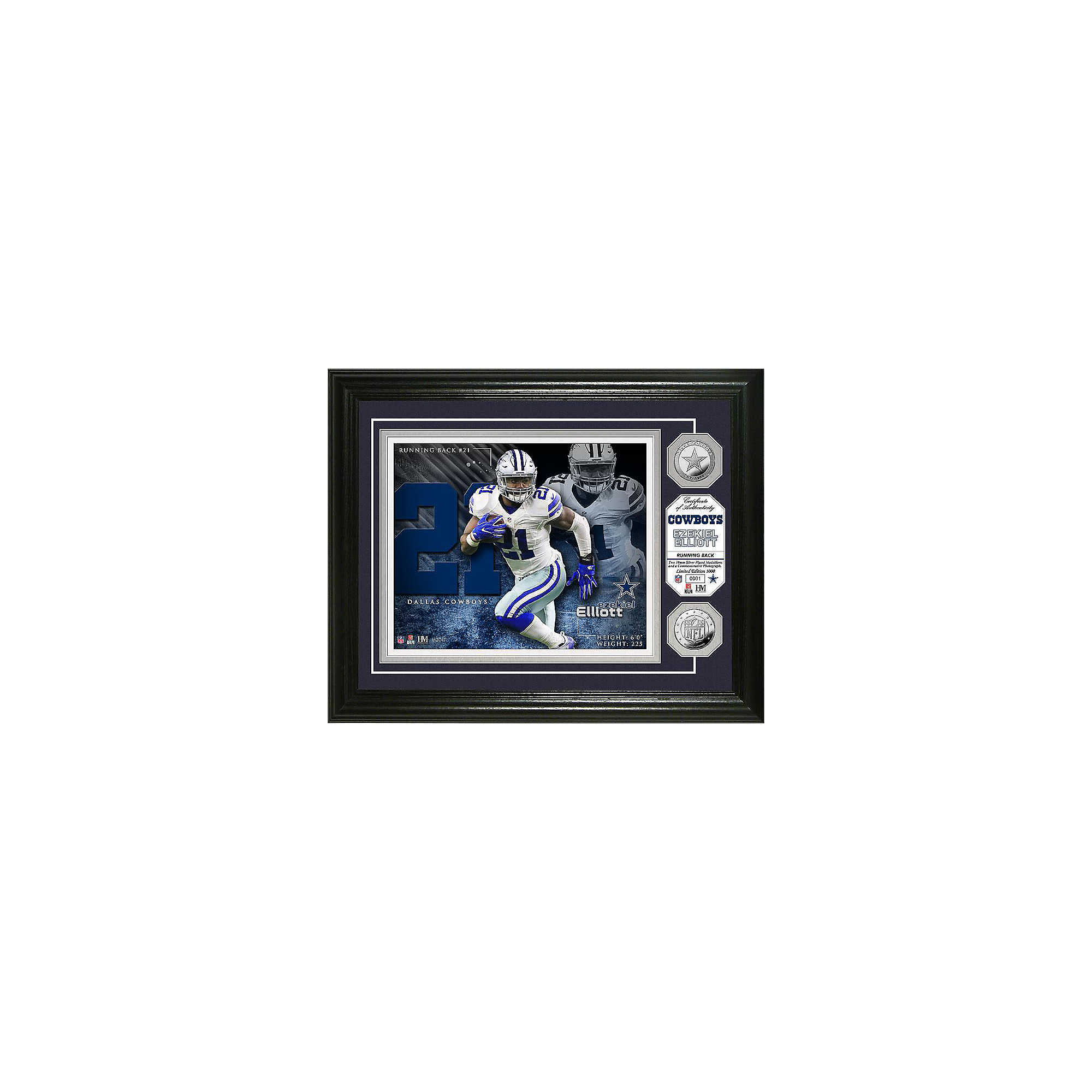 It would be pretty hard to imagine the Cowboys without Zeke at this point. He set the bar pretty high. As if becoming the leader in rushing yards his rookie year didn’t seal the deal, the excitement value he brings to his plays should be.

Capture that same excitement with the Dallas Cowboys Ezekiel Elliott Photo Mint Frame. A photo of Zeke in action will liven up your office or fan room. This photo features a 39mm silver plate commemorative coin and 39mm silver plate NFL coin in a triple matted 13" x 16" frame.